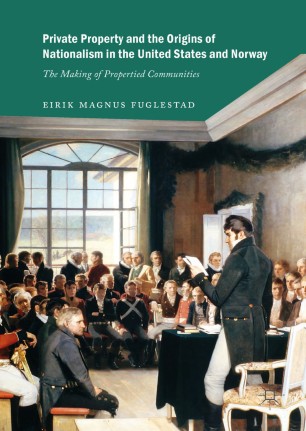 The Making of Propertied Communities

In the eighteenth century, before a national political movement took hold in either the United States or Norway, both countries were agrarian societies marked by widespread private land ownership. Tracing the emergence and development of national ideology in each, Eirik Magnus Fuglestad argues that land ownership became tied up with these national ideologies and was ultimately a central driver of nationalism. In this book, the United States and Norway emerge as propertied communities, shaped by historical narratives of self-government and by property regimes that linked popular sovereignty with land ownership. Covering the mid-eighteenth century through industrialization in the nineteenth century, this book lays the groundwork for understanding the rise of nationalism as an agrarian, landed phenomenon, which later became the foundation of industrial society.

Eirik Magnus Fuglestad completed his PhD at the School of Social and Political Science at the University of Edinburgh, Scotland. He is currently employed at Ruralis – Institute for Rural and Regional Research, Norway.