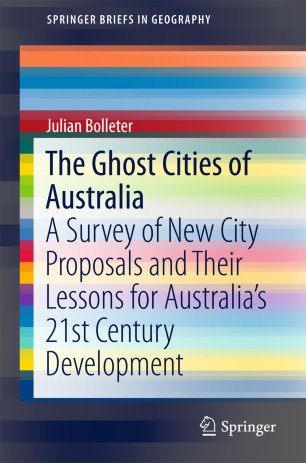 The Ghost Cities of Australia

This book examines failed new city proposals in Australia to understand the hurdles – environmental, societal, and economic – that have curtailed such visions. The lessons from these relative failures are important because, if projections for Australia’s 21st century population growth are borne out, we will need to build new cities this century. This is particularly the case in northern Australia, where the federal government projects a four-fold increase in population in the next four decades. The book aims that, when we commence 21st century new city dreaming, we have learnt from the mistakes of the past and, are not doomed to repeat them.