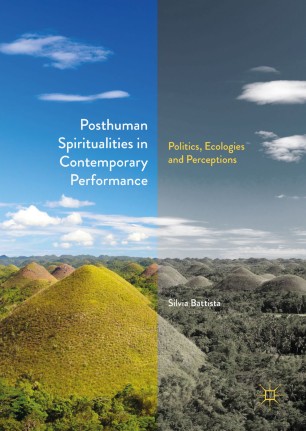 This book provides an interpretative analysis of the notion of spirituality through the lens of contemporary performance and posthuman theories. The book examines five performance/artworks: The Artist is Present (2010) by Marina Abramović; The Deer Shelter Skyscape(2007) by James Turrell; CAT (1998) by Ansuman Biswas; Journey to the Lower World by Marcus Coates (2004); and the work with pollen by Wolfgang Laib. Through the analysis of these works the notion of spirituality is grounded in materiality and embodiment allowing the conceptual juxtaposition of spirit and matter to introduce the paradoxical as the guiding thread of the narrative of the book. Here, the human is interrogated and negotiated with/within a plurality of other living organisms, intangible existences and micro and macrocosmic ecologies. Silence, meditation, shamanic journeys, reciprocal gazing, restraint, and contemplation are analyzed as technologies used to manipulate perception and adventure into the multilayered condition of matter.