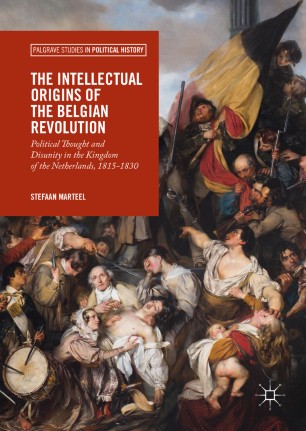 The Intellectual Origins of the Belgian Revolution

Political Thought and Disunity in the Kingdom of the Netherlands, 1815-1830

This book explores the political ideas of the Belgian Revolution of 1830, which led to the break-up of the Restoration state of the ‘united’ Kingdom of the Netherlands. It uncovers the origins of liberalism and political Catholicism in the Southern Netherlands in the wake of the French Revolution, and traces the development of political language in the context of the tensions between the Northern and Southern part of the united Netherlands. It shows how differences in ‘Dutch’ and ‘Belgian’ political and intellectual history resulted in different understandings of essential political concepts such as ‘sovereignty’ and ‘balance of powers’, as well as of the nature of the constitutional order of 1815. Finally, it traces the emergence of Belgian nationalism within the discourse of opposition against the government. Stefaan Marteel therefore provides a fresh perspective on the intellectual background of the rise of the nation-state in the nineteenth century.

Stefaan Marteel is an independent teacher and writer in Brussels, Belgium. He previously taught political history at the Radboud University Nijmegen.