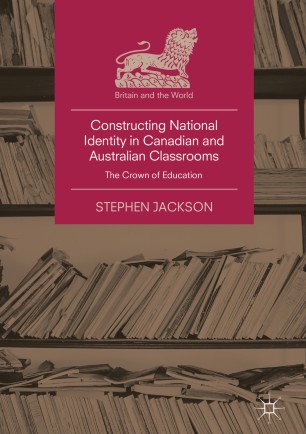 The Crown of Education

This book explores the evolution of Canadian and Australian national identities in the era of decolonization by evaluating educational policies in Ontario, Canada, and Victoria, Australia. Drawing on sources such as textbooks and curricula, the book argues that Britishness, a sense of imperial citizenship connecting white Anglo-Saxons across the British Empire, continued to be a crucial marker of national identity in both Australia and Canada until the late 1960s and early 1970s, when educators in Ontario and Victoria abandoned Britishness in favor of multiculturalism. Chapters explore how textbooks portrayed imperialism, the close relationship between religious education and Britishness, and efforts to end assimilationist Anglocentrism and promote equality in education. The book contributes to British World scholarship by demonstrating how decolonization precipitated a massive search for identity in Ontario and Victoria that continues to challenge educators and policy-makers today.

Stephen Jackson is Assistant Professor of History at the University of Sioux Falls, USA.

“This is an accomplished study of an under-researched facet of contested articulations of “Britishness” in mid-20th century Canada and Australia. Drawing intriguing parallels between Ontario and Victoria, Stephen Jackson delves into the archive of educational policy and practice to reveal the troubled withdrawal symptoms of an obsolete imperial civic culture. Highly readable and lucidly argued, this book brings analytical clarity to the tangled subjectivities of settler colonies at empire’s end.” (Stuart Ward, Professor and Head of the Saxo Institute, Copenhagen University, Denmark)

“Stephen Jackson has written an excellent account of how two British Dominion educational systems attempted to meet the challenge of decolonization and the mass movement to the Dominions of non-Britons in the post-World War II era.  In a meticulously researched and well-thought out comparison of the Province of Ontario and the State of Victoria’s state school systems, Jackson explores how the still vibrant Anglo-centrism of Dominion education at mid-century was profoundly undercut by both religious and ethnic diversity, and shows how each system tried to manage the complicated process of promoting an entirely new, multi-cultural national identity.” (Stephen Heathorn, Professor of History, McMaster University, Canada)