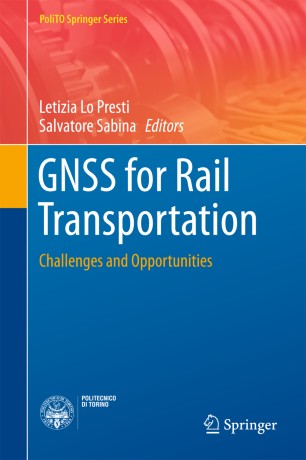 This book proposes a general methodology to introduce Global Navigation Satellite System (GNSS) integrity, starting from a rigorous mathematical description of the problem. It highlights the major issues that designers need to resolve during the development of GNSS-based systems requiring a certain level of confidence on the position estimates. Although it follows a general approach, the final chapters focus on the application of GNSS integrity to rail transportation, as an example. By describing the main requirements in the context of train position function, one of which is the safe function of any train control system, it shows the critical issues associated with the concept of safe position integrity. In particular, one case study clarifies the key differences between the avionic domain and the railway domain related to the application of GNSS technologies, and identifies a number of railway-signaling hazards linked with the use of such technology. Furthermore, it describes various railway-signaling techniques to mitigate such hazards to prepare readers for the future evolution of train control systems, also based on the GNSS technology. This unique book offers a valuable reference guide for engineers and researchers in the fields of satellite navigation and rail transportation.

Letizia Lo Presti is full professor of Signal Processing and Telecommunication at Politecnico di Torino, Italy. Her research interests focus on signal processing algorithms for satellite navigation. She has been the coordinator of the  Master on Navigation and Related Applications (MNRA) of Politecnico di Torino for several years.

Salvatore Sabina is the head of Satellite projects at Ansaldo STS, Genoa, Italy. Ansaldo STS is a leading international company operating in the design, implementation and management of systems and services for signaling and supervision of railway and urban traffic.