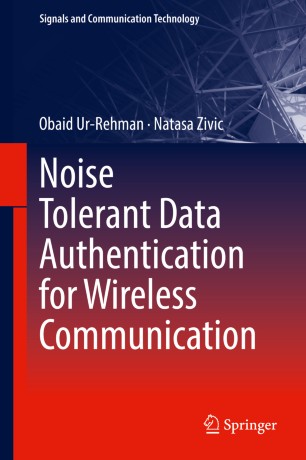 This book provides insight into the challenges in providing data authentication over wireless communication channels. The authors posit that established standard authentication mechanisms – for wired devices – are not sufficient to authenticate data, such as voice, images, and video over wireless channels. The authors propose new mechanisms based on the so-called soft authentication algorithms, which tolerate some legitimate modifications in the data that they protect. The authors explain that the goal of these algorithms is that they are tolerant to changes in the content but are still able to identify the forgeries. The authors go on to describe how an additional advantage of the soft authentication algorithms is the ability to identify the locations of the modifications and correct them if possible. The authors show how to achieve this by protecting the data features with the help of error correcting codes. The correction methods are typically based on watermarking, as the authors discuss in the book.