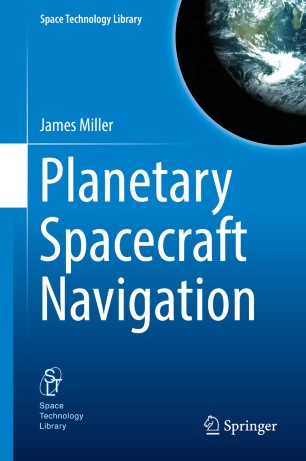 This textbook introduces the theories and practical procedures used in planetary spacecraft navigation. Written by a former member of NASA's Jet Propulsion Laboratory (JPL) navigation team, it delves into the mathematics behind modern digital navigation programs, as well as the numerous technological resources used by JPL as a key player in the field. In addition, the text offers an analysis of navigation theory application in recent missions, with the goal of showing students the relationship between navigation theory and the real-world orchestration of mission operations.

James Miller worked as the assistant Navigation Team Chief on the Viking Mission to Mars in 1976. In 2000, he received the Mechanics and Control of Flight medal from the AIAA for his design of the navigation system for the first orbiting and landing on the asteroid Eros. Further, he designed a trajectory to leave Earth and orbit the Moon with no propulsive maneuvers. This was the first practical solution of the four-body problem, and it has since been used on the missions Hiten, Genesis, and Grail.