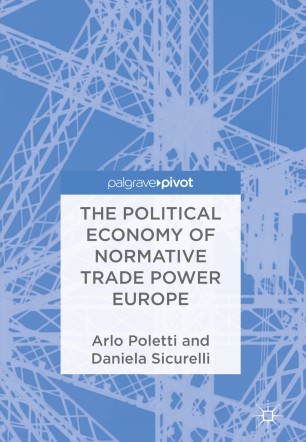 This book critically engages with a long tradition of scholarly work that conceives of the European Union as a peculiar international actor that pursues a value-based, normatively oriented and development-friendly agenda in its relations with its international partners. The EU is a pivotal player in international trade relations, holding formidable power in trade but also exercising substantial power through trade. Trade policy therefore represents a strategic field for the EU to shape its image as a healthy economy and a global power. In this field, the EU has declared a twofold ambitious goal, namely that of fostering economic growth in Europe while, at the same time, promoting development and growth abroad, both in developed and developing countries. In other words, the EU aims to increase its competitiveness in world trade while acting as an ethical and normative power. Here, Poletti and Sicurelli explore the tension between these two roles.

Daniela Sicurelli is Associate Professor of International Relations at University of Trento, Italy.

Arlo Poletti is  Associate Professor of International Political Economy at the University of Trento, Italy.

Daniela Sicurelli is Associate Professor of International Relations at the University of Trento, Italy.