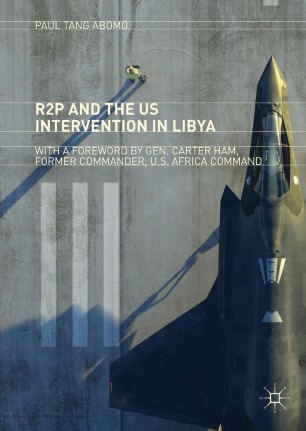 R2P and the US Intervention in Libya

This book argues that the Responsibility to Protect (R2P) the Libyan people played an important role in the U.S.’s decision to act, both in terms of how the language of deliberation was framed and the implementation of the actual intervention once all preventive means had been exhausted. While the initial ethos of the intervention followed international norms, the author argues that as the conflict continued to unfold, the Obama administration’s loss of focus and lack of political will for post-conflict resolution, as well as a wider lack of understanding of ever changing politics on the ground, resulted in Libya’s precipitation into chaos. By examining the cases of Rwanda and Darfur alongside the interventions in Kosovo, Iraq and Afghanistan, the book discusses how these cases influenced current decision-making with regards to foreign interventions and offers a triangular framework through which to understand R2P: responsibility to prevent, react and rebuild.
Paul Tang Abomo is a Jesuit Professor of Political Science at Hekima Institute of Peace Studies and International Relations, Kenya.