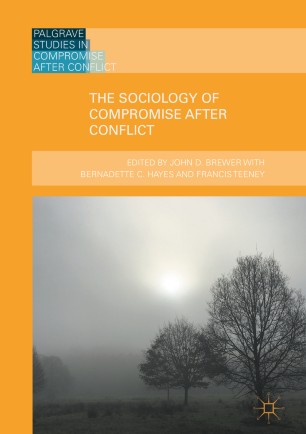 The Sociology of Compromise after Conflict

This book introduces a new and original sociological conceptualization of compromise after conflict and is based on six-years of study amongst victims of conflict in Northern Ireland, South Africa and Sri Lanka, with case studies from Sierra Leone and Colombia. A sociological approach to compromise is contrasted with approaches in Moral and Political Philosophy and is evaluated for its theoretical utility and empirical robustness with in-depth interview data from victims of conflicts around the globe. The individual chapters are written to illustrate, evaluate and test the conceptualization using the victim data, and an afterword reflects on the new empirical agenda in victim research opened up by a sociological approach to compromise. This volume is part of a larger series of works from a programme advancing a sociological approach to peace processes with a view to seeing how orthodox approaches within International Relations and Political Science are illuminated by the application of the sociological imagination.