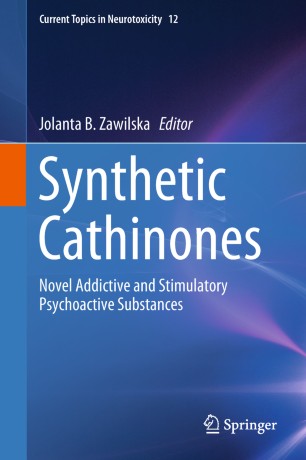 Over the last decade a rapidly increasing number of novel psychoactive substance (NPSs), often marketed as “designer drugs”, “legal highs”, “herbal highs”, “research or intermediate chemicals” and “laboratory reagents”, has appeared on the drug market worldwide in an effort to bypass controlled substance legislation. NPSs encompass a wide range of different compounds and drug classes but had been dominated by synthetic cannabinomimetics and psychostimulatory synthetic cathinones, so-called b-keto amphetamines. Compounds from the later class were first detected in Europe in 2004, and since that time more than 130 new cathinones have been identified and reported to the European Monitoring Centre for Drugs and Drug Addiction. The rapid and extensive worldwide rise of synthetic cathinone abuse is attracting increasing attention, due to many intoxications and overdose deaths.

Jolanta Zawilska is Professor at the Academy of Sciences in Lodz, Poland and Chief of the Chronobiology lab at the Centre for Medical Biology. Dr. Zawilska obtained her PhD in Pharmacology  at the Medical University of Lodz. She has over 35 years of experience in pharmacology/pharmacodynamics and chronobiology. She has written numerous publications and has received awards in recognition of her research.