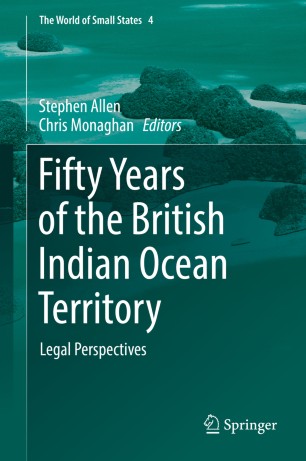 Part of the The World of Small States book series (WSS, volume 4)

This book offers a detailed account of the legal issues concerning the British Indian Ocean Territory (Chagos Islands) by leading experts in the field. It examines the broader significance of the ongoing Bancoult litigation in the UK Courts, the Chagos Islanders' petition to the European Court of Human Rights and Mauritius' successful challenge, under the UN Convention of the Law of the Sea, to the UK government's creation of a Marine Protected Area around the Chagos Archipelago. This book, produced in response to the 50th anniversary of the BIOT's founding, also assesses the impact of the decisions taken in respect of the Territory against a wider background of decolonization while addressing important questions about the lawfulness of maintaining Overseas Territories in the post-colonial era.
The chapter ‘Anachronistic As Colonial Remnants May Be...’ - Locating the Rights of the Chagos Islanders As A Case Study of the Operation of Human Rights Law in Colonial Territories is open access under a CC BY 4.0 license via link.springer.com.