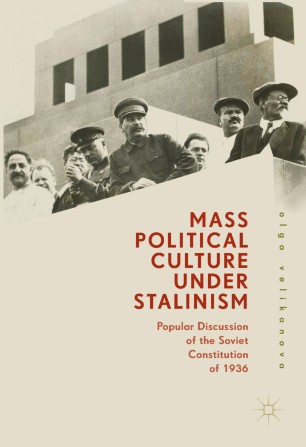 Popular Discussion of the Soviet Constitution of 1936

This book is the first full-length study of the Soviet Constitution of 1936, exploring Soviet citizens’ views of constitutional democratic principles and their problematic relationship to the reality of Stalinism. Drawing on archival materials, the book offers an insight into the mass political culture of the mid-1930s in the USSR and thus contributes to wider research on Russian political culture. Popular comments about the constitution show how liberal, democratic and conciliatory discourse co-existed in society with illiberal, confrontational and intolerant views.

The study also covers the government’s goals for the constitution’s revision and the national discussion, and its disappointment with the results. Outcomes of the discussion convinced Stalin that society was not sufficiently Sovietized. Stalin's re-evaluation of society's condition is a new element in the historical picture explaining why politics shifted from the relaxation of 1933-36 to the Great Terror, and why repressions expanded from former oppositionists to the officials and finally to the wider population.