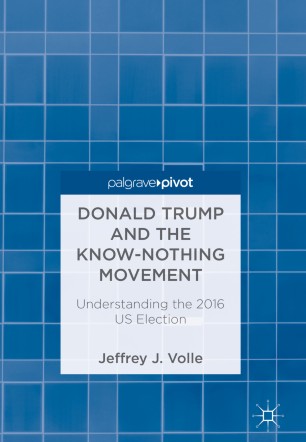 Donald Trump and the Know-Nothing Movement

Understanding the 2016 US Election

Historically, segments of white Americans have let racist paranoia supersede judicious reasoning throughout our history. The 2016 Presidential election in the United States brought the Know-Nothing’s back from the hidden depths of our history books. This book provides a historical account of the Know-Nothing Party in the 1850s through their reemergence in the 21st century with the election of Donald Trump. Analyzing the anti-immigration and anti-Catholic rhetoric of the Know-Nothing movement and tracing that same rhetoric in George Wallace's American Independent Party in the '60s, up into its appearance in the Trump movement, this book provides a guide for understanding the 2016 Republican Party agenda through its inheritance from the Know-Nothing Movement.