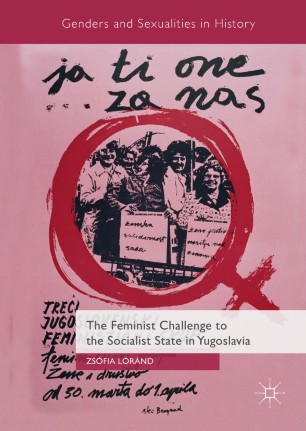 The Feminist Challenge to the Socialist State in Yugoslavia

This book tells the story of new Yugoslav feminism in the 1970s and 1980s, reassessing the effects of state socialism on women’s emancipation through the lens of the feminist critique. This volume explores the history of the ideas defining a social movement, analysing the major debates and arguments this milieu engaged in from the perspective of the history of political thought, intellectual history and cultural history.
Twenty-five years after the end of the Cold War, societies in and scholars of East Central Europe still struggle to sort out the effects of state socialism on gender relations in the region. What could tell us more about the subject than the ideas set out by the only organised and explicitly feminist opposition in the region, who, as academics, artists, writers and activists, criticised the regime and demanded change?

Zsófia Lóránd is an intellectual historian of feminism in post-WWII state-socialist Eastern Europe. Since her time at the Central European University in Budapest, she has held positions at the European University Institute in Florence and the Lichtenberg-Kolleg in Göttingen.