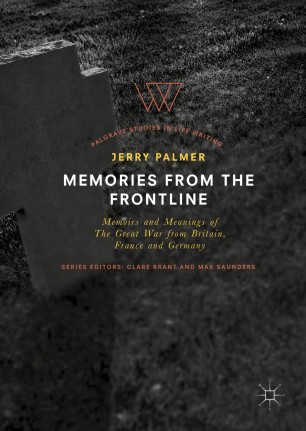 Memories from the Frontline

Memoirs and Meanings of The Great War from Britain, France and Germany

This book analyses soldiers’ memoirs from the Great War of 1914-18 from Britain, France and Germany.   It considers both the authors’ composition of the memoirs and the public response to them. It provides contextual analysis through a survey of the different types of contemporary writing about the Great War, through an analysis of changes in the language used to describe combat, and through an analysis of those people whose accounts of the war were either excluded or marginalised. It also considers the international response to the most successful of the texts. The purpose of the analysis is to show how soldiers’ memoirs contributed to the collective memory of the war and how they influenced public opinion about the war. These texts are both autobiographical and historical and their relationship to the fields of autobiography and historical writing is also considered, as well as to the distinction between fact and fiction.