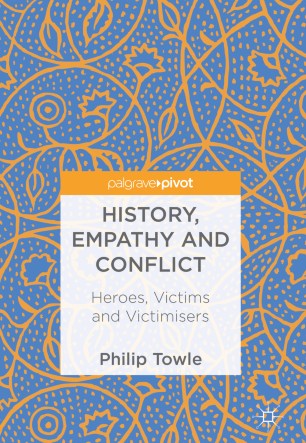 This book argues that popular culture has been transformed in a silent revolution from emphasising history’s heroes to its victims. While city squares and stations were named in the nineteenth century after military victories, now the equivalent airports are named after the victims of violence. Where war reports used to focus on the leadership of the generals and the bravery of the troops, now they are mostly about casualties, refugees and destruction. History, Empathy and Conflict examines the diplomatic consequences of such a revolution in sensibility. Many governments have responded by apologising for their country’s historic actions. History teaching in schools has sometimes been revised to reflect the new emphasis and to build confidence between nations and respect for domestic minorities. Not least of the reasons for these changes is the difficulty or impossibility of making restitution for past wrongs. But history can also be used by the media and governments to justify intervention to protect victims of civil wars only to come to be seen as victimisers themselves. The past is always difficult to interpret but is the basis of all our decisions and all institutions try to twist it to their own convenience.  Sympathy with history’s victims is a great moral advance but it can be used by dissatisfied nations to justify their revisionist policies and with the election of President Trump in 2016, all the Great Powers claim to be history’s victims.

Philip Towle taught International Relations at the University of Cambridge, UK, from 1980 until his retirement in 2012. In the 1970s he worked for the Foreign Office and served on British delegations to the Seabed Treaty Review Conference and the First UN Special Session on Disarmament.  From 1978 to 1980 he was a Senior Research Fellow at the Australian National University and from 1982 to 1997 he was Deputy Director and then Director of the Centre of International Studies in Cambridge. He is the author or editor of 14 books, numerous articles and over 30 chapters on history and international affairs in books edited by others.