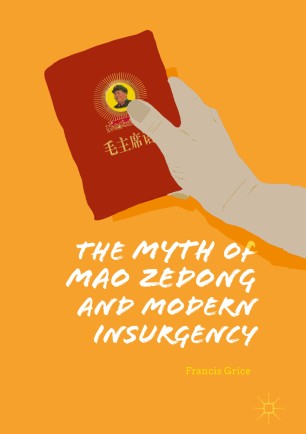 The Myth of Mao Zedong and Modern Insurgency

Tackling one of the most prevalent myths about insurgencies, this book examines and rebuts the popular belief that Mao Zedong created a fundamentally new form of warfare that transformed the nature of modern insurgency. The labeling of an insurgent enemy as using “Maoist Warfare” has been a common phenomenon since Mao’s victory over the Guomindang in 1949, from Malaya and Vietnam during the Cold War to Afghanistan and Syria today. Yet, this practice is heavily flawed. This book argues that Mao did not invent a new breed of insurgency, failed to produce a coherent vision of how insurgencies should be fought, and was not influential in his impact upon subsequent insurgencies. Consequently, Mao’s writings cannot be used to generate meaningful insights for understanding those insurgencies that came after him. This means that scholars and policymakers should stop using Mao as a tool for understanding insurgencies and as a straw man against whom to target counterinsurgency strategies.
Francis Grice is Assistant Professor of Political Science and International Studies at McDaniel College, USA.