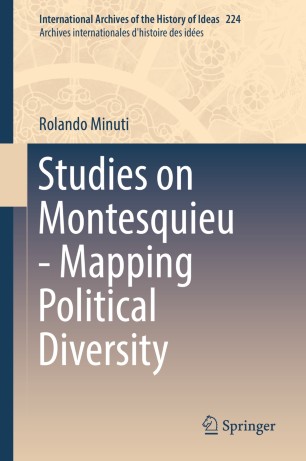 This volume studies a fundamental element of Montesquieu’s argumentative architecture that is most apparent in his De l’Esprit des Lois: the problem of giving order to, and establishing a network of consistent explanations of political, social and cultural diversity. Following a thorough and careful analysis of his writings, the volume approaches this subject by observing the use of the information sources available to Montesquieu, the relationships between them, and the judgments he expresses. The book examines some of Montesquieu’s essential theoretical contributions, such as the idea of despotism, and the connection between politics, society and religion, on the basis of his reflections on the variety of mainly non-European societies and cultures. It demonstrates a number of possible inconsistencies and unresolved questions in Montesquieu’s argumentation. One of the main subjects of the book is the consideration of geographical context as an essential element for elaborating uniform criteria of political analysis. The book collects contributions concerning Montesquieu’s reflections on China, Tartary, Japan, India, America, Russia, and the Islamic world, and, building on this earlier research, it shows the importance of Montesquieu’s thought and explains the reason for his longstanding influence.