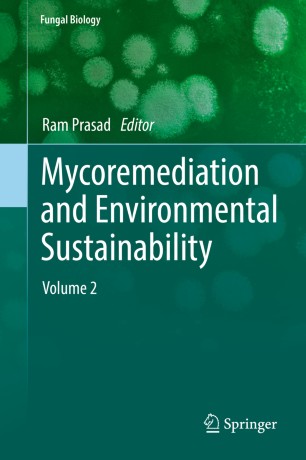 Bioremediation is the use of microorganisms' metabolism to degrade waste contaminants (sewage, domestic, and industrial effluents) into non-toxic or less toxic materials by natural biological processes. Remediation through fungi—or mycoremediation—has multifarious possibilities in applied remediation engineering and the future of environmental sustainability. Fungi have the biochemical and ecological capability to degrade environmental organic chemicals and to decrease the risk associated with metals, semi-metals, noble metals, and radionuclides, either by chemical modification or by manipulating chemical bioavailability. Additionally, the capability of these fungi to form extended mycelia networks, the low specificity of their catabolic enzymes, and their using pollutants as a growth substrate make these fungi well suited for bioremediation processes. Their mycelia exhibit the robustness of adapting to highly limiting environmental conditions often experienced in the presence of persistent pollutants, which makes them more useful compared to other microbes. However, despite dominating the living biomass in soil and being abundant in aquatic ecosystems, fungi have not been exploited for the bioremediation of such environments. This book covers the various types of fungi and associated fungal processes used to clean up waste and wastewaters in contaminated environments and discusses future potential applications.