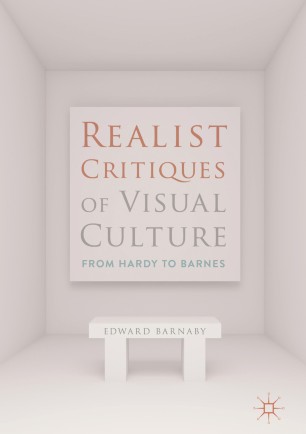 From Hardy to Barnes

Have industrial-age technologies and visual discourses transformed us into spectators of the real, and can realist fiction make that transformation visible to us?  This book brings Situationist Guy Debord’s Society of the Spectacle and an array of cultural criticism into dialogue with novels by Hardy, Forster, Woolf, Rushdie, Carey and Barnes to foreground literary realism’s critique of visual culture, including Gothic architectural revival, neoclassicism, tourism, historical pageantry, postcolonial cinema and photography, museums, preservationism, urbanism and artisanal neo-folk movements.  Barnaby advances the concept of meta-spectacle to distinguish realist fiction that engages ethically with visual discourses from realist-ic fiction that reproduces the visible veneer of reality for aesthetic consumption.  He highlights the limitations of artistic critiques of spectacle, considers their resilience toward a culture industry that continuously repackages iconoclasm as iconicity, and reflects upon the process of reorienting the reader to comprehend realist gestures.  By heightening the capacity to recognize our own immersion within objectified representations of the real, Realist Critiques of Visual Culture demonstrates how literary realism remains vital within a society that is so deeply invested in visually replicating and archiving lived experience.