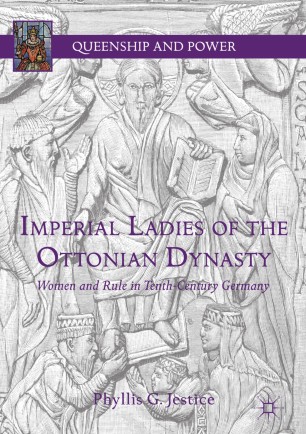 Imperial Ladies of the Ottonian Dynasty

Women and Rule in Tenth-Century Germany

In tenth-century Europe and particularly in Germany, imperial women were able to wield power in ways that were scarcely imaginable in earlier centuries. Theophanu and Adelheid were two of the most influential figures in the Ottonian reich along with their husbands, who relied heavily on their support. Phyllis G. Jestice examines an array of factors that produced their power and prestige, including societal attitudes toward women, their wealth, their unction as queens, and their carefully constructed image of piety. Due to their influential positions, Theophanu and Adelheid reclaimed control of the young Otto III despite fierce opposition from Henry the Quarrelsome during the throne struggle of 984. In examining how they successfully secured the regency, this book confronts the outmoded notion of exceptionalism and illuminates the lives of powerful Ottonian women.