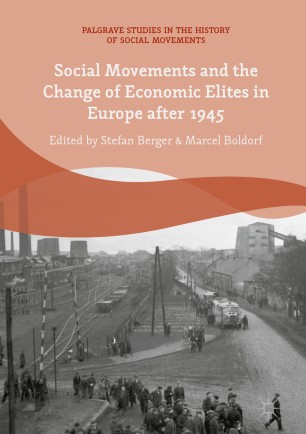 This book explores the changing nature of social movements and economic elites in post-Second World War Europe. In the years following 1945, Europe faced diverse challenges connected by the overriding question of how the reconstruction of the continent should proceed. For the Central Powers, the implementation lay in the hands of the Allied occupying forces who organised the process of denazification and the establishment of a new economic order. In countries without military occupation, there was a deep gap between the new governmental forces and the former collaborators. In both cases, social movements which were formed by anti-fascists on the left of the political spectrum assumed the task of social reorganisation. The chapters in this book explore the discourses about economic systems and their elites which moved to the fore across a range of European countries, uncovering who was involved, what resistance these social movements faced and how these ultimately failed in the West to bring about change, while in Eastern Europe Stalinism forcibly imposed change.

Stefan Berger is Professor of Social History and Director of the Institute for Social Movements at Ruhr University Bochum, Germany, where he is also executive chair of the History of the Ruhr Foundation. He is also Honorary Professor at Cardiff University in the UK. His research focuses on the comparative history of social movements, the history of historiography, nationalism studies, memory studies, histories of deindustrialisation, and the history of British-German relations.

Marcel Boldorf is Professor of German History at Lumière University Lyon 2, France. His research focuses on German and European economic history from the 18th to the 20th century. His recent studies are dedicated to the economies of World War I and II from a worldwide perspective.