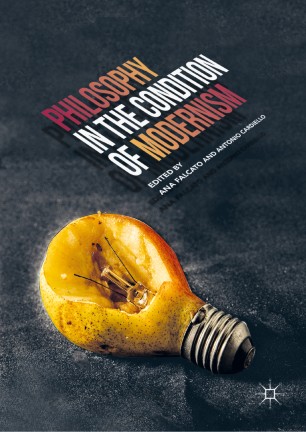 Philosophy in the Condition of Modernism

Produced on the fringes of philosophy and literary criticism, this book is a pioneering study which aims to explicitly address and thematize what may be called a “critical philosophy in the condition of modernism”. Its most important and original contribution to both disciplines is a self-conscious reflection on possible modes of writing philosophy today, and a systematic comparison with what happened in literary modernism at the beginning of the twentieth-century. The volume is divided into six sections, where internationally renowned scholars discuss such pressing topics as the role of an unreliable narrator in a major philosophical treatise, the different mediums of art-production and how these impact on our perception of the Work itself, the role of narrative in animal ethics and the filmic adaption of a Modernist classic.

Ana Falcato holds a Ph.D in Philosophy from the New University of Lisbon, Portugal . Between 2013 and 2015 she was Humboldt Research Fellow at the Johannes-Gutenberg University and the University of Oxford. Her work has appeared in Studies in the Novel, Kant-Studien, Wittgenstein-Studien and Daimon: Revista International de Filosofía. She is currently a research fellow at IFILNOVA, where she conducts a project about the novelistic and critical work of J.M. Coetzee.