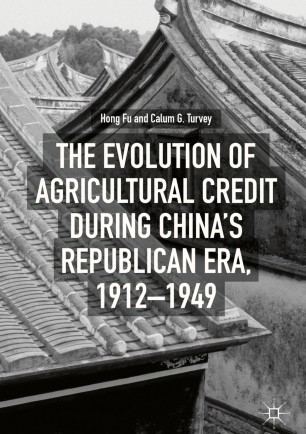 The Evolution of Agricultural Credit during China’s Republican Era, 1912–1949

In the modern era, China’s rural credit landscape is transforming at a dizzying rate, but, in terms of financial development, these changes represent a second attempt in the past 100 years to reform China’s credit institutions and provide credit access to farmers. The first period was during the Republican era, between 1912 and 1949, which saw the first attempts at formalizing rural credit with the Industrial and Agricultural Banks. This book uses primary data and papers to present a full picture of the difficult conditions China faced during the Republican era in order to explain the myriad reforms to the country's rural credit system. Fu and Turvey build a narrative around these developments based on the foundation of thousands of years of dynastic rule in order to explore the specific impacts of drought, floods, famine, communist insurgencies, Japanese expansionism, and more on credit access, supply and demand. They consider powerful personalities—such as J.B. Taylor, John Lossing Buck, Paul Hsu and Timothy Richards—and influential institutions—from Nanking and Nankai Universities to the China International Famine Relief Commission—that sought ways to end the cycle that trapped the vast majority of Chinese farmers in poverty. This rich, wide-ranging, and stimulating work will appeal both to readers focused on present day China and those who want to understand China’s rural economy and credit policies in an historical context.