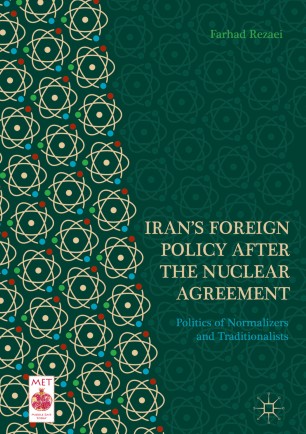 Politics of Normalizers and Traditionalists

The book offers the first systematic account of Iran’s foreign policy following the nuclear agreement (JCPOA) of July 14, 2015. The author evaluates in what ways the JCPOA, in conjunction with the dramatic changes taking shape in the international order, have affected Iran’s foreign policy. Known as Normalizers, the moderate leadership under President Hassan Rouhani had planned to normalize Iran’s foreign relations by curtailing terrorism and reintegrate Iran into the community of nations. Their hardline opponents, the Principalists, rejected the JCPOA as a tool of subjection to the West and insisted on exporting the Islamist revolution, a source of much destabilization and terror in the region and beyond. The project also analyzes the struggle between Normalizers and their hardline opponents with regards to global and regional issues and Iran’s foreign policy towards global powers including the U.S., Russia, EU, and regional countries including Iraq, Syria, Israel, Saudi Arabia and Turkey.