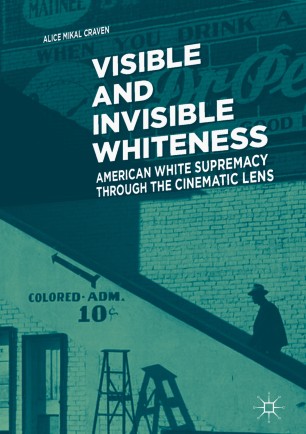 Visible and Invisible Whiteness examines the complicity between Classical Hollywood narratives or genres and representations of white supremacy in the cinema. Close readings of D.W. Griffith’s The Birth of a Nation by James Agee and James Baldwin explore these authors’ perspectives on the American mythologies which ground Griffith’s film. The intersectionality of Bordwell’s theories on Classical Hollywood Narrative versus Art Cinema and Richard Dyer’s seminal work on whiteness forms the theoretical base for the book. Featured films are those which have been undervalued or banned due to their hybrid natures with respect to Hollywood and Art Cinema techniques, such as Samuel Fuller’s White Dog and Jean Renoir’s The Southerner. The book offers comparative analyses of American studio-based directors as well as European and European émigrés directors. It appeals to scholars of Film Theory, African American and Whiteness Studies. It provides insight for readers concerned about the re-emergence of white supremacist tensions in contemporary America.