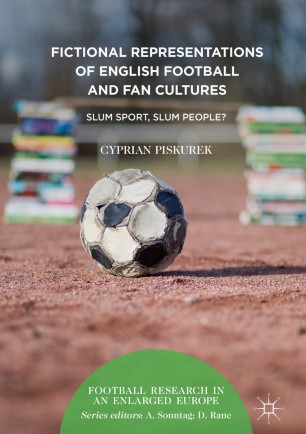 This book explores how recent football fiction has negotiated the decisive political developments in English football after the 1989/90 publication of the 'Taylor Report'.

A direct response to the 1989 Hillsborough Disaster and growing concerns of hooliganism, the 'Taylor Report' suggested a number of measures for stricter regulation of fan crowds. In consequence, stadiums in the top divisions were turned into all-seated venues and were put under CCTV surveillance. The implementation of these measures reduced violent incidents drastically, but it also led to an unparalleled increase in ticket prices, which in turn significantly altered the demographics of the crowd. This development, which also enabled football's entry into other mainstream cultural forms, changed the game decisively.

Piskurek traces patterns across prose and film to detect how these fictions have responded to the changed circumstances of post-Taylor football. Lending a cultural lens to these political changes, this book is pioneering in its analysis of football fiction as a whole, offering a fresh perspective to a range of scholars and students interested in cultural studies, sociology, leisure and politics.