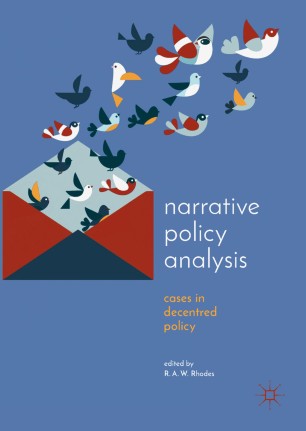 This book examine polices through the eyes of the practitioners, both top-down and bottom-up; it decentres policies and policymaking. To decentre is to unpack practices as the contingent beliefs and actions of individuals. Decentred analysis produces detailed studies of people’s beliefs and practices. It challenges the idea that inexorable or impersonal forces drive politics, focusing instead on the relevant meanings, the beliefs and preferences of the people involved.
The book presents ten case studies, covering penal policy, zero-carbon homes, parliamentary scrutiny, children’s rights, obesity, pension reform, public service reform, evidence-based policing, and local economic knowledge. It introduces a different angle of vision on the policy process; it looks at it through the eyes of individual actors, not institutions. In other words, it looks at policies from the other end of the telescope. It concludes there is much to learn from a decentred approach. It delivers edification because it offers a novel alliance of interpretive theory with an ethnographic toolkit to explore policy and policymaking from the bottom-up.
Written by members of the Department of Politics and International Relations of the University of Southampton, with their collaborators at other universities, the book’s decentred approach provides an alternative to the dominant evidence–based policy nostrums of the day.
R. A. W. Rhodes is Professor of Government at the University of Southampton, UK. Previously, he was the Director of the UK Economic and Social Research Council’s ‘Whitehall Programme’ (1994-1999); Distinguished Professor of Political Science at the Australian National University (2006-11); and Director of the Research School of Social Sciences at the Australian National University (2007-8). In 2015, the ECPR awarded him its biennial Lifetime Achievement Award for his ‘outstanding contribution to all areas of political science, and the exceptional impact of his work’.