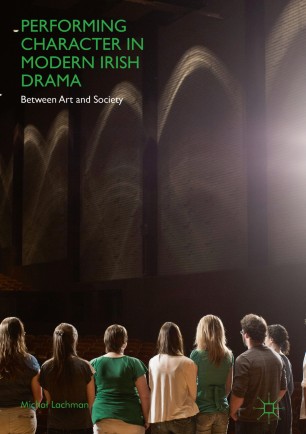 Between Art and Society

This book is about the history of character in modern Irish drama. It traces the changing fortunes of the human self in a variety of major Irish plays across the twentieth century and the beginning of the new millennium. Through the analysis of dramatic protagonists created by such authors as Yeats, Synge, O’Casey, Friel and Murphy, and McGuinness and Walsh, it tracks the development of aesthetic and literary styles from modernism to more recent phenomena, from Celtic Revival to Celtic Tiger, and after.
The human character is seen as a testing ground and battlefield for new ideas, for social philosophies, and for literary conventions through which each historical epoch has attempted to express its specific cultural and literary identity. In this context, Irish drama appears to be both part of the European literary tradition, engaging with its most contentious issues, and a field of resistance to some conventions from continental centres of avant-garde experimentation. Simultaneously, it follows artistic fashions and redefines them in its critical contribution to European artistic and theatrical diversity.