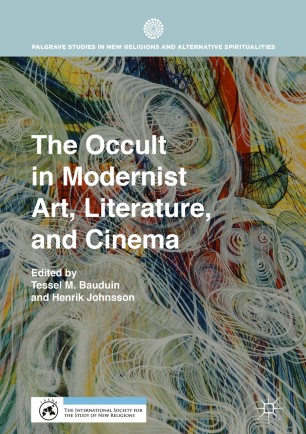 The Occult in Modernist Art, Literature, and Cinema

Many modernist and avant-garde artists and authors were fascinated by the occult movements of their day. This volume explores how Occultism came to shape modernist art, literature, and film. Individual chapters examine the presence and role of Occultism in the work of such modernist luminaries as Rainer Maria Rilke, August Strindberg, W.B. Yeats, Joséphin Péladan and the artist Jan Švankmaier, as well as in avant-garde film, post-war Greek Surrealism, and Scandinavian Retrogardism.  Combining the theoretical and methodological foundations of the field of Esotericism Studies with those of Literary Studies, Art History, and Cinema Studies, this volume provides in-depth and nuanced perspectives upon the relationship between Occultism and Modernism in the Western arts from the nineteenth century to the present day.

Tessel M. Bauduin is Postdoctoral Research Associate in Art History at the University of Amsterdam, The Netherlands.

Henrik Johnsson is Associate Professor of Scandinavian literature at the University of Tromsø, Norway.

“Since the 1990s, we have seen a growing historical awareness of the importance of occultism for the development of science, psychology, culture, and politics in Europe around 1900. The Occult in Modernist Art, Literature, and Cinema joins this interdisciplinary field of research and adds important insights to our understanding of the intrinsic ties between occultism and modern art.” (C.K.M. von Stuckrad, University of Groningen, Netherlands)

“Too long spurned as a noxious miasma in danger of polluting studies of Modernism, the occult is illuminated in this transdisciplinary book as having infected Modernists as disparate as Hilma af Klint and Hans Richter with its esoteric knowledges, extrasensory practices and alternative concepts. Exploring August Strindberg’s occultist paintings and photographs, Håkan Sandell’s retrogardism, Jan Švankmajer’s Drawer Fetishes, British fairy paintings and Terre de Diamont of Marie Wilson and Nanos Valaoritis, it navigates a subterranean journey that profoundly fathoms the unconscious of Modernism.” (Fae Brauer, University of East London Centre for Cultural Studies Research, UK)