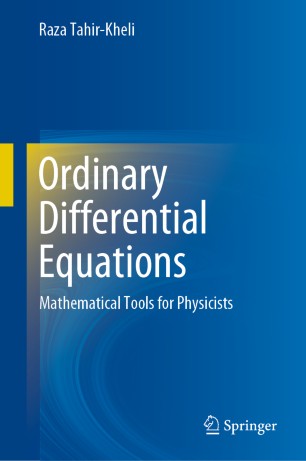 This textbook describes rules and procedures for the use of Differential Operators (DO) in Ordinary Differential Equations (ODE ). The book provides a detailed theoretical and numerical description of ODE. It presents a large variety of ODE and the chosen groups are used to solve a host of physical problems. Solving these problems is of interest primarily to students of science, such as physics, engineering, biology and chemistry.

Scientists are greatly assisted by using the DO obeying several simple algebraic rules. The book describes these rules and, to help the reader, the vocabulary and the definitions used throughout the text are provided. A thorough description of the relatively straightforward methodology for solving ODE is given. The book provides solutions to a large number of associated problems. ODE that are integrable, or those that have one of the two variables missing in any explicit form are also treated with solved problems. The physics and applicable mathematics are explained and many associated problems are analyzed and solved in detail. Numerical solutions are analyzed and the level of exactness obtained under various approximations is discussed in detail.

Raza A. Tahir-Kheli studied physics at Islamia College, Peshawar (Pakistan) before joining, in October 1955, Oriel College, University of Oxford. He completed the degrees of Master of Arts and Doctor of Philosophy in 1962.

His other employments including sabbaticals were:

Two sabbaticals, at the Dept. of Theoretical Physics, University of Oxford

Sabbatical at Department of Physics, University of California, at Santa Barbara.