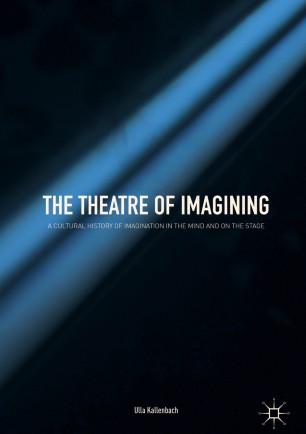 The Theatre of Imagining

This book is the first comprehensive analysis of the fascinating and strikingly diverse history of imagination in the context of theatre and drama. Key questions that the book explores are: How do spectators engage with the drama in performance, and how does the historical context influence the dramaturgy of imagination? In addition to offering a study of the cultural history and theory of imagination in a European context including its philosophical, physiological, cultural and political implications, the book examines the cultural enactment of imagination in the drama text and offers practical strategies for analyzing the aesthetic practice of imagination in drama texts. It covers the early modern to the late modernist period and includes three in-depth case studies: William Shakespeare’s Macbeth (c.1606); Henrik Ibsen’s A Doll’s House (1879); and Eugène Ionesco’s The Killer (1957).

Ulla Kallenbach is Postdoctoral Researcher at the Department for the Study of Culture, University of Southern Denmark. Previous publications include the co-edited anthology stage/page/play: Interdisciplinary Approaches to Theatre and Theatricality (2016). She has served as co-editor of Nordic Theatre Studies and worked as a freelance dramaturge.

“This is an extremely bold attempt to investigate the cultural history of imagination in a European context and to analyse the cultural enactment of imagination in dramatic texts as potential performance. As a concept imagination is more often assumed than actually investigated or historicised, both which  this study very definitely does.” (Christopher Balme, Leverhulme Visiting Professor in Theatre, Chair of Theatre Studies at LMU Munich, Germany)
Buy options