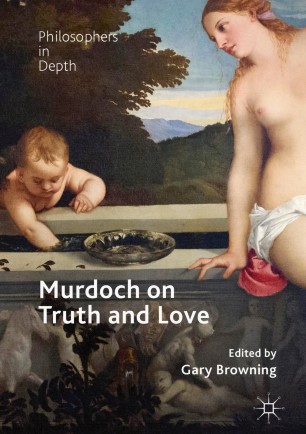 Murdoch on Truth and Love

This book reviews Iris Murdoch’s thought as a whole. It surveys the breadth of her thinking, taking account of her philosophical works, her novels and her letters. It shows how she explored many aspects of experience and brought together apparently contradictory concepts such as truth and love. The volume deals with her notions of truth, love, language, morality, politics and her life. It shows how she offers a challenging provocative way of seeing things which is related to but distinct from standard forms of analytical philosophy and Continental thought. Unlike so many philosophers she does offer a philosophy to live by and unlike many novelists she has reflected deeply on the kind of novels she aimed to write. The upshot is that her novels and her philosophy can be read together productively as contributions to how we can see others and the world.

Gary Browning is Professor of Political Thought at Oxford Brookes University, UK. He is the author of Why Iris Murdoch Matters- Making Sense of Experience in Modern Times (2018); A History of Modern Political Thought- The Question of Interpretation (2016); Global Theory From Kant to Hardt and Negri (2011); Critical and Post-Critical Political Economy (2006) with Andty Kilmister; Rethinking R. G. Collingwood (2004); Lyotard and the End of Grand Narratives (2000) and Hegel and the History of Political Philosophy (2000).