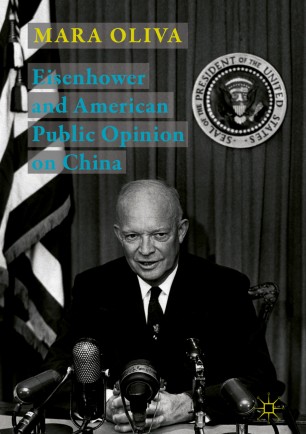 In the 1950s, most of the American public opposed diplomatic and trade relations with Communist China; traditional historiography blames this widespread hostility for the tensions between China and the United States during Dwight D. Eisenhower’s presidency. In this book, Mara Oliva reconsiders the influence of U.S. public opinion on Sino-American relations, arguing that it is understudied and often misinterpreted. She shows how the Eisenhower administration’s hard line policy towards Beijing had been formulated in line with U.S. national security interests, not as a result of public pressure. However, the public did play a significant role in shaping the implementation, timing and political communication of Washington’s strategy, ultimately hampering relations with the Communist giant and seriously heightening the risk of nuclear conflict. Drawing together an extensive array of published and unpublished sources, this book offers a new prism for understanding one of the most difficult decades in the history of both countries.

Mara Oliva is Lecturer in U.S. History at the University of Reading, U.K.