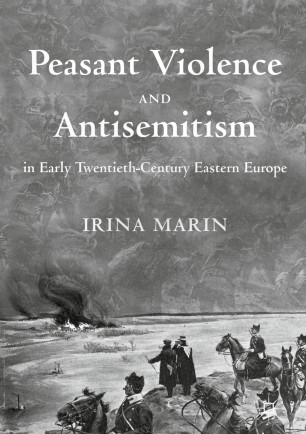 This book is a transnational study of rural and anti-Semitic violence around the triple frontier between Austria-Hungary, Romania and Tsarist Russia at the beginning of the twentieth century. It focuses on the devastating Romanian peasant uprising in 1907 and traces the reverberations of the crisis across the triple frontier, analysing the fears, spectres and knee-jerk reactions it triggered in the borderlands of Austria-Hungary and Tsarist Russia. The uprising came close on the heels of the 1905-1907 social turmoil in Tsarist Russia, and brought into play the major issues that characterized social and political life in the region at the time: rural poverty, the Jewish Question, state modernization, and social upheavals. The book comparatively explores the causes and mechanisms of violence propagation, the function of rumour in the spread of the uprising, land reforms and their legal underpinnings, the policing capabilities of the borderlands around the triple frontier, as well as newspaper coverage and diplomatic reactions.

Irina Marin is Visiting Lecturer at the University of Augsburg, Germany. She has taught and researched at University College London, University of Oxford, University of Leicester and the Vienna Institute for Holocaust Studies. She is the author of Contested Frontiers in the Balkans: Ottoman and Habsburg Rivalries in Eastern Europe (2012).

“This thoroughly researched book explores the causes of the 1907 peasant uprising, which was the most violent episode ever to occur in Romania during peacetime. … The great strength of the book is that it takes as its point of departure a series of singular events which took place in the spring of 1907 and paints a panoramic view of the Romanian political, economic, social, and legal system at the turn of the nineteenth and twentieth centuries.” (Luminita Gatejel, Hungarian Historical Review, Vol. 7 (4), 2018)
Buy options