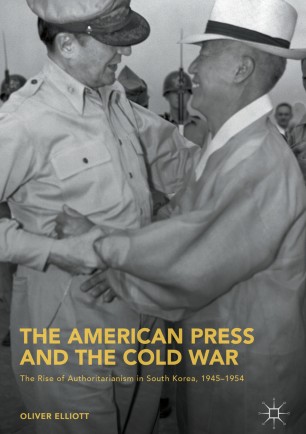 The American Press and the Cold War

During the Cold War, the United States enabled the rise of President Syngman Rhee’s repressive government in South Korea, and yet neither the American occupation nor Rhee’s growing authoritarianism ever became particularly controversial news stories in the United States. Could the press have done more to scrutinize American actions in Korea? Did journalists fail to act as an adequate check on American power? In the first archive-based account of how American journalism responded to one of the most significant stories in the history of American foreign relations, Oliver Elliott shows how a group of foreign correspondents, battling U.S. military authorities and pro-Rhee lobbyists, brought the issue of South Korean authoritarianism into the American political mainstream on the eve of the Korean War. However, when war came in June 1950, the press rapidly abandoned its scrutiny of South Korean democracy, marking a crucial moment of transition from the era of postwar idealism to the Cold War norm of American support for authoritarian allies.