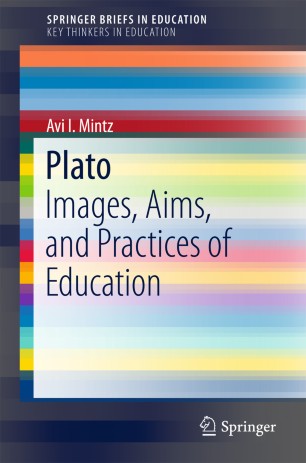 Images, Aims, and Practices of Education

This book opens by providing the historical context of Plato’s engagement with education, including an overview of Plato’s life as student and educator. The author organizes his discussion of education in the Platonic Corpus around Plato’s images, both the familiar – the cave, the gadfly, the torpedo fish, and the midwife – and the less familiar – the intellectual aviary, the wax tablet, and the kindled fire. These educational images reveal that, for Plato, philosophizing is inextricably linked to learning; that is, philosophy is fundamentally an educational endeavor.

The book concludes by exploring Plato’s legacy in education, discussing the use of the “Socratic method” in schools and the Academy’s foundational place in the history of higher education.

The characters in Plato’s dialogues often debate – sometimes with great passion – the purpose of education and the nature of learning. The claims about education in the Platonic corpus are so provocative, nuanced, insightful, and controversial that educational philosophers have reckoned with them for millennia.

“Avi Mintz’s book Plato: Images, Aims, and Practices of Education succeeds in providing something new on Plato and a valuable resource for both novice and experienced Plato scholars. … We are indebted to Mintz for reminding us of Plato’s unrelenting interest in education and his continuing importance to educational theory and practice.” (Timothy L. Simpson, Educational Theory, Vol. 70 (2), 2020)

“By examining Plato’s background, ideas, and legacy, Mintz offers a clear, well-researched, and informative introduction to many of Plato’s key educational insights. In doing so he makes a compelling case that education did in fact occupy a central and important role in Plato’s philosophical thought.” (David Diener, Philosophical Inquiry in Education, Vol. 27 (1), 2020)