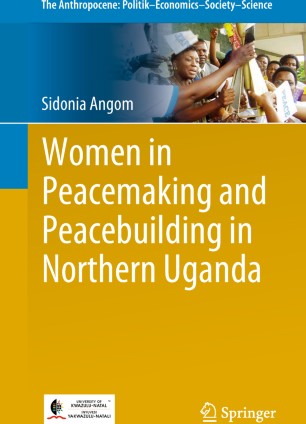 Women in Peacemaking and Peacebuilding in Northern Uganda

Part of the The Anthropocene: Politik—Economics—Society—Science book series (APESS, volume 22)

The book analyses the two decades of the brutal civil war of northern Uganda. The author modified Lederach's peacebuilding framework to include peacemaking to bring out the argument that women and men make significant contributions to the peace processes and point out women’s position as top leadership actors. The book uncovers the under-emphasised role of women in peacemaking and building. From grassroots to national level, women were found to have organised themselves and assumed roles as advocates, negotiators and mobilisers. The actions by women became evident at the stalemated Juba peace talks when women presented the Peace Torch to the peace negotiating teams who on the occasion shook hands for the first time and peace was ushered in. Their initiatives and non-violent actions offer lessons to resolve civil conflicts in Africa. The book recommends that women should undergo relevant training in times of peace as this would make them more effective in times of need.