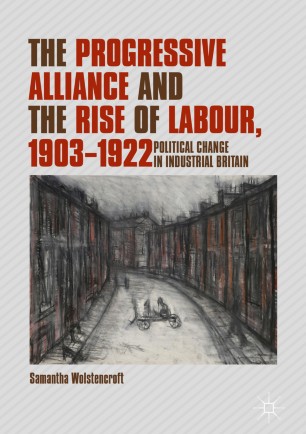 This book provides a detailed study of the politics of the Progressive Alliance at the constituency level from its inception in 1903 to collapse during the First World War. It evaluates the character, development and difficulties of progressive co-operation and considers the long-term viability of an electoral alliance between the Liberal and Labour parties. Samantha Wolstencroft provides an exhaustive analysis of political change in two of Britain’s major industrial centres, Manchester and Stoke-on-Trent during a period that witnessed the decline of the Liberal Party and rise of Labour. She evaluates the difficulties faced by the early Labour Party in its attempt to attain a foothold within the political landscape, examines the impact of the experience of the First World War upon the political parties, and demonstrates the power of issues and the role of candidates in the transformation of electoral politics in Britain in the immediate aftermath of war.

Samantha Wolstencroft is Senior Lecturer in British Political History at Manchester Metropolitan University, UK, and lectures on modern British politics, war and political violence, British foreign policy since 1918, and the politicisation of popular music in 1980s Britain. Prior to this, she taught economic history at the University of Manchester, and has lectured at a number of other British universities.She is currently writing a book on
popular music and protest culture in Britain during the 1980s.