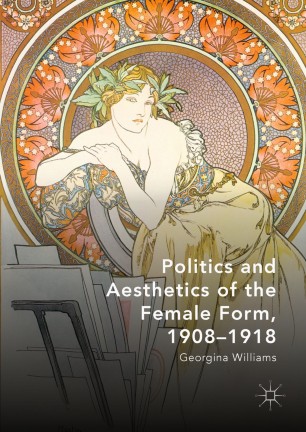 This book examines the pictorial representation of women in Great Britain both before and during the First World War. It focuses in particular on imagery related to suffrage movements, recruitment campaigns connected to the war, advertising, and Modernist art movements including Vorticism. This investigation not only considers the image as a whole, but also assesses tropes and constructs as objects contained within, both literal and metaphorical. In this way visual genealogical threads including the female figure as an ideal and William Hogarth’s 'line of beauty' are explored, and their legacies assessed and followed through into the twenty-first century. Georgina Williams contributes to debates surrounding the deliberate and inadvertent dismissal of women’s roles throughout history, through literature and imagery. This book also considers how absence of a pictorial manifestation of the female form in visual culture can be as important as her presence.

Georgina Williams is a writer and artist, and author of Propaganda and Hogarth’s Line of Beauty in the First World War (Palgrave, 2016). Her ongoing research considers how William Hogarth’s line of beauty can be utilised as a mechanism for re-evaluating artworks. She has exhibited paintings and photography, including a continuing photographic project entitled Industrialia.