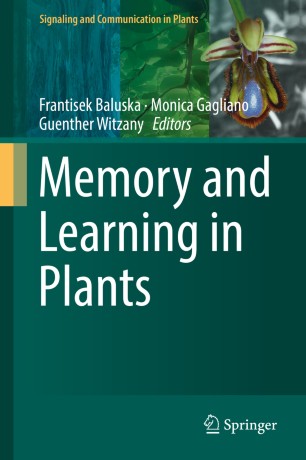 Memory and Learning in Plants

This book assembles recent research on memory and learning in plants. Organisms that share a capability to store information about experiences in the past have an actively generated background resource on which they can compare and evaluate coming experiences in order to react faster or even better. This is an essential tool for all adaptation purposes. Such memory/learning skills can be found from bacteria up to fungi, animals and plants, although until recently it had been mentioned only as capabilities of higher animals. With the rise of epigenetics the context dependent marking of experiences on the genetic level is an essential perspective to understand memory and learning in organisms.

Plants are highly sensitive organisms that actively compete for environmental resources. They assess their surroundings, estimate how much energy they need for particular goals, and then realize the optimum variant. They take measures to control certain environmental resources. They perceive themselves and can distinguish between ‘self’ and ‘non-self’. They process and evaluate information and then modify their behavior accordingly.

The book will guide scientists in further investigations on these skills of plant behavior and on how plants mediate signaling processes between themselves and the environment in memory and learning processes.

FRANTIŠEK BALUŠKA is a lecturer and researcher at the Institute of Cellular and Molecular Botany at Bonn University, Germany. He obtained the Full Professor title at the Comenius University Bratislava (Slovakia) in 2008. His main interest is plant cell biology, especially root apices, as related to the cytoskeleton, endocytosis, vesicle trafficking and polarity. He has investigated root apices for more than twenty years, and made original contribution to the root apex organization by the discovery of a transition zone interpolated between the apical meristem and the rapid cell elongation region. František Baluška is also interested in the response of roots to environmental factors such as gravity, as well as in the emerging field of plant neurobiology. Finally, he is interested in the conceptual analysis of the cell theory. He published more than eighty research papers and edited several books. In 2005, he initiated the Plant Neurobiology Society which annualy organizes international symposia on plant neurobiology. František Baluška founded and acts as Editor-in-Chief for two journals: Plant Signaling & Behavior and Communicative & Integrative Biology.