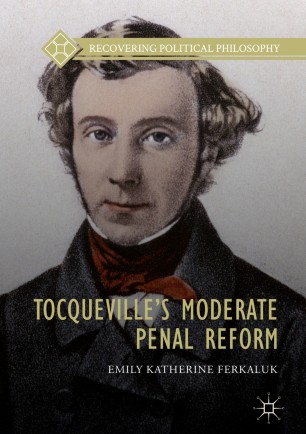 This book presents an interpretive analysis of the major themes and purpose of Alexis de Tocqueville’s and Gustave de Beaumont’s first work, On the Penitentiary System, thereby offering new insights into Tocqueville as a moderate liberal statesman. The book explores Tocqueville’s thinking on penitentiaries as the best possible solution to recidivism, his approach to colonial imperialism, and his arguments on moral reformation of prisoners through a close reading of Tocqueville’s first published text. The unifying political concept of all three discussions is Tocqueville’s underlying concern to pursue moderation between institutional and imaginative extremes in order to maintain liberal values. In both thinking moderately and advocating for moderate political action, Tocqueville’s On the Penitentiary System renews an emphasis on the importance of civic engagement and the balance between philosophy and praxis.