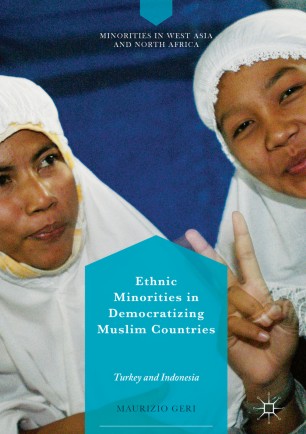 This book explores the ways in which democratizing Muslim countries treat their ethnic minorities’ requests of inclusiveness and autonomy. The author examines the results of two important cases—the securitization of Kurds in Turkey and the “autonomization” (a new concept coined by the study) of Acehnese in Indonesia—through multiple hypotheses: the elites’ power interest, the international factors, the institutions and history of the state, and the ontological security of the country. By examining states with ethnic diversity and very little religious diversity, the research controls for the effect of religious conflict on minority inclusion, and so allows expanded generalizations and comparisons. In non-Muslim majority countries, and in so called “mature democracies,” the problem of the inclusion of old or new ethnic minorities is also crucial for the sustainability of the “never-ending” democratization processes.
Maurizio Geri is Research Analyst at ACT-NATO, specializing in international security and democratic issues in the regions of Europe, Middle East, and Southeast Asia.