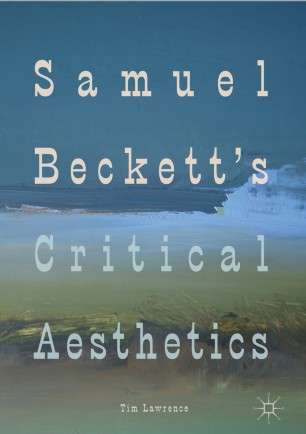 This book considers how Samuel Beckett’s critical essays, dialogues and reflections drew together longstanding philosophical discourses about the nature of representation, and fostered crucial, yet overlooked, connections between these discourses and his fiction and poetry. It also pays attention to Beckett’s writing for little-magazines in France from the 1930s to the 1950s, before going on to consider how the style of Beckett’s late prose recalls and develops figures and themes in his critical writing. By providing a long-overdue assessment of Beckett’s work as a critic, this study shows how Beckett developed a new aesthetic in knowing dialogue with ideas including phenomenology, Kandinsky’s theories of abstraction, and avant-garde movements such as Surrealism. This book will be illuminating for students and researchers interested not just in Beckett, but in literary modernism, the avant-garde, European visual culture and philosophy.

Tim Lawrence is Postdoctoral Research Fellow at the Humanities Research Centre, University of York, UK. He has articles and reviews published in outlets including the Journal of Beckett Studies and Samuel Beckett Today/Aujourd’hui. His research interests lie in the European avant-garde, phenomenology, and twentieth-century visual culture.

“It will be of valuable use to Beckettian scholars and students. It will also be of interest to students and researchers in literary modernism, the avant-garde, European visual culture and philosophy. … this book is well worth reading for the insight it gives into the context of Beckett’s essays and their ongoing discussion of issues pertaining to vision and aesthetics.” (Pascale Sardin, Cercles, cercles.com, July 15, 2019)
Buy options