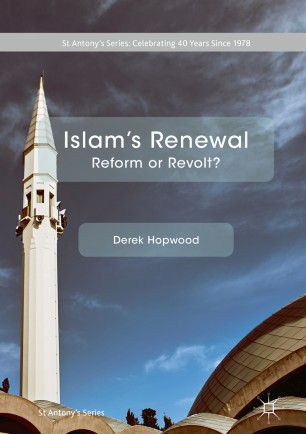 The book considers some of the solutions proposed by Muslim activists and thinkers in their attempts to renew (tajdid) their ways of life and thought in accord with the demands of the age in which they lived. The two ways of reacting are studied – the movements led by men of action and inspiration, and the thoughts of quietist scholars who laid greater emphasis on calm continuity.  These two streams have often collided and particularly so in the contemporary age of greater violence. Other related problems are also considered: how a non-Muslim should regard the religion of the ‘other’; the ways modernization have been dealt with; and the two root causes of Muslim ‘rage’ today – the invasions of the West and the failure to reach an equitable solution to the problem of Palestine. Building on the author’s sixty-year experience researching the history of Islam, the book will appeal to students and scholars across the fields of Islamic studies, religious history and Middle Eastern politics.

Derek Hopwood is Emeritus Fellow of the Middle East Centre of St Antony’s College, Oxford, UK, where he taught modern Middle East studies for over thirty years. He was Visiting Professor at the Universities of Provence, Pennsylvania, Khartoum and Ain Shams. He was founding secretary of the British Society for Middle East Studies and the Middle Libraries Committee and their European equivalents. He is the author or editor of and contributor to numerous books on Middle East and Islamic studies.