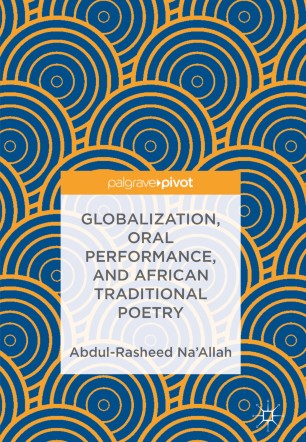 This book discusses globalization trends and influences on traditional African oral literary performance and the direction that Ilorin oral art is forced to take by the changes of the twenty-first century electronic age. It seeks a new definition of contemporary African bourgeois in terms of their global reach, imitation of foreign forms, and collaboration with the owners of primary agencies. Additionally, it makes a case that African global lords or new bourgeoisie who are largely products of the new global capital and multinational corporations’ socio-political and cultural influences fashion their tastes after Western cultures as portrayed in the digital realm.

Abdul-Rasheed Na’Allah is Vice-Chancellor, Chief Executive Officer, and Professor of English and Comparative Literature at Kwara State University, Nigeria. He is co-author of Introduction to African Oral Literature and Performance (2005), and author of Africanity, Islamicity and Performativity: Identity in the House of Ilorin (2009), African Discourse in Islam, Oral Traditions, and Performance (2010), and Cultural Globalization And Plurality: Africa and the New World (2011).