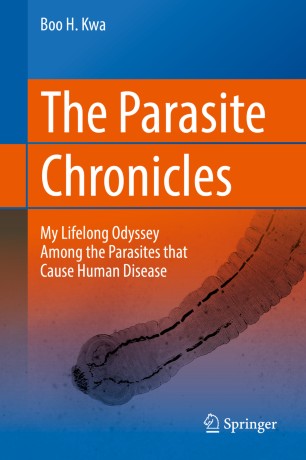 My Lifelong Odyssey Among the Parasites that Cause Human Disease

This book introduces the reader to the fascinating world of parasites that cause human disease. It is written in a first-person style relating anecdotes and personal encounters of parasites by the author. It tells stories about exotic parasites diseases, interesting factoids about the life history of unusual parasites species, and strange ways in which humans can become infected. However this is also a serious topic, as there is increasing movement of populations and goods occurring in a globalized world, resulting in previously exotic parasites being brought into new regions of the world. This book about parasite infections will be of interest to business travelers and tourists alike, and the book discusses simple common sense ways to avoid them.