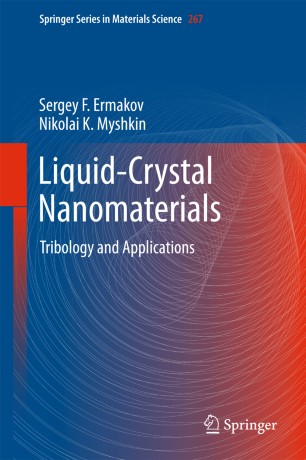 Sergey Ermakov S.F. graduated from Gomel State University, Physics Faculty. He obtained his Ph.D. in 1986, D.Sc. in 2002 and became a professor in 2008. He has been working in V.A. Belyi Metal-Polymer Research Institute of National Academy of Sciences of Belarus since 1979. Prof. Ermakov was head of the laboratory “Physics and Chemistry of Lubricants” from 2003 to 2005, and head of department “Tribophysics of Liquid-crystal materials” from 2005 to 2012. He has been chair of the “Tribophysics of lubricating materials” laboratory since 2012 and a professor at the Department of Microprocessor Technology and Information Management Systems at Belarusian State University of Transport, where he has combined scientific work with teaching since 2003. He received the Award for Best Research at Belarus National Academy of Sciences in 1990 and  2015. In 1998 Prof. Ermakov was awarded the P. Kapitsa Silver Medal for scientific discovery. He has published 7 monographs and more than 300 technical papers and has 22 inventor’s certificates and 37 patents in the Republic of Belarus, Russian Federation and the USA. He is a member of the editorial board of the journals “Friction and Wear” and “Neftyanik Polesya”.

Professor Nikolai K. Myshkin is the director and head of the Tribology Department at the National Academy of Sciences of Belarus V.A. Belyi Metal-Polymer Research Institute. He received his master’s degree in Electromechanical Engineering in 1971, Ph.D. degree from the Institute for Problems in Mechanics at the USSR Academy of Sciences, Moscow in 1977, and the D.Sc. degree in Tribology in 1985. Since 1991 he has been a full professor of materials science. After being a corresponding member of the Belarus National Academy of Sciences, he became a full member in 2009. He received the National Award for young scientists in USSR in 1982, the Award of Russian Government in Science and Technology in 2004, and the Award for Best Research at Belarus National Academy of Sciences in 2003 and 2011. His international activities include: vice-president of the International Tribology Council, deputy editor of the Journal of Friction and Wear, and he is a member of the editorial boards of various national and international journals: Mechanics of Materials, Machines and Mechanisms; Friction and Lubrication in Machines and Mechanisms, Materials, Technologies, and Tools; Applied Mechanics and Engineering; Tribology Letters; and Industrial Lubrication and Tribology. He has co-authored more than 20 monographs, textbooks and chapters in tribology and materials, more than 300 technical papers and 60 patents in Belarus and Russia, the USA, Europe and Asia.